Hailed by the Washington Post as “prodigiously gifted… a display of imagination, taste and pianistic firepower far beyond her years,” American pianist ANNA HAN strives to deliver heartfelt performances through a variety of classical piano repertoire. She is a laureate of many international competitions, including the Hilton Head International Piano Competition, Juilliard Bachauer Competition, New York International Piano Competition, Music Academy of the West Concerto Competition, and Salon de Virtuosi Grant. She has given over 60 solo and 80 chamber concerts in such venues as the John F. Kennedy Center for the Performing Arts, Alice Tully Hall, St. John’s Smith Square, New World Center, and the Phillips Collection; performed eleven different concerti with orchestras across the United States and England; and premiered multiple compositions, including Michael Brown’s Suite for Piano, which she recorded on the Steinway and Sons label. She is currently based in Berlin, where she is pursuing an Artist Diploma at the Barenboim-Said Akademie under the tutelage of Sir András Schiff and Schaghajegh Nostrati.

Highlights of this season include appearances at the Lucerne Festival in Switzerland, Sommets Musicaux de Gstaad, the Lunenburg Academy of Music Performance, Pierre Boulez Saal, Piano Salon Christophori, National Concert Hall of Taipei, National Kaohsiung Center for the Arts (Weiwuying), Yellow Barn, Newport Classical Chamber Series, Schubert Club, Performing Arts Houston, Jordan Hall in Boston, Virginia Arts Festival, and others. She will be returning to solo with the West Valley Symphony for the fourth time, performing Schumann Piano Concerto in A Minor. Her chamber music collaborators include Kim Kashkashian, Steven Isserlis, Randall Goosby, Madelyn Kowalski, Mon-Puo Lee, James Sommerville, Leland Ko, and the Verona Quartet. With the help of the 2021 Bita Cattelan Philanthropic Engagement Award from the Concours Musical International de Montréal, she is currently filming and producing a documentary about the effect that Covid had on a handful of classical musicians who performed in the Lunenburg Academy of Music Performance in 2020 and now live all around the world.

Born in Mesa, Arizona, Anna began her musical journey in a class of four year olds at the East Valley Yamaha Music School. Classes in improvisation, ear training, composition, and other general musical skills at Yamaha would continue to supplement her training in early years. Anna started taking private piano lessons at age five with Mr. Fei Xu at New Century Conservatory in Chandler, Arizona. Over the following 13 years, he trained and inspired her to rapidly and thoughtfully learn demanding repertoire, developing a technique that undergirded her growing career at a young age. When she was eleven, she became the national first place winner of the Baldwin Junior Piano division of the 2007 Music Teachers National Association Competition, having barely made the age cutoff. In the same year, she made her orchestra debut with the Chandler Symphony Orchestra, playing Liszt’s Piano Concerto No. 1.

Anna received her Bachelor and Masters degrees at The Juilliard School under the tutelage of Robert McDonald, where she developed much of her interest in both chamber music and teaching. As a sophomore, she became the winner of the 2016 Juilliard Gina Bachauer Piano Competition, and received the Kovner Fellowship the following year. She received the William Schuman Prize for outstanding achievement and leadership in music upon graduation in 2020. During the first year of the pandemic, she completed a residency at the Lunenburg Academy of Music Performance, where she performed different programs in fifteen of their concerts within five months, including nearly five hours of Beethoven’s solo and chamber as part of their Beethoven anniversary celebration. With the help of a grant from the Kathleen Trust, she has also completed a Professional Diploma at the Royal Academy of Music in London under the tutelage of Christopher Elton. where she was awarded the 2021 Sterndale Bennett Prize.

An avid chamber musician, Anna is an alum of Yellow Barn, the Perlman Music Program Chamber Music Workshop, Kneisel Hall Chamber Music School and Festival, Juilliard ChamberFest, and the Four Seasons Chamber Music Festival. She is a founding member of the Munin Piano Trio, along with violinist Rebecca Benjamin and cellist Frankie Carr, and has performed alongside Itzhak Perlman, Ida Kavafian, John Myerscough, and the late Vincent Lionti. A passionate advocate for the traditional masterpieces that have enchanted audiences for centuries, she has also explored new avenues of musical expression with an array of collaborators. She has presented the surprising sound palette of John Corigliano's Chiaroscuro (1997) for two pianos tuned a quarter tone apart; Charles Wuorinen's Metagong (2008) for two pianos and two percussion; a series of original arrangements of works for organ and piano duo in collaboration with organist Daniel Ficarri; Jerome Begin's Strange Gardens (2015) for 2 pianos, 2 bass clarinets, 2 percussion, and vocoder; and Ludwig van Beethoven's Cello Sonata No. 3 in A major, Op. 69 as a fortepianist. She commissioned Malaysian composer Tengku Irfan [What’s Up, Kid? (2018)], expanding the literature available for clarinet, cello, and piano trio. 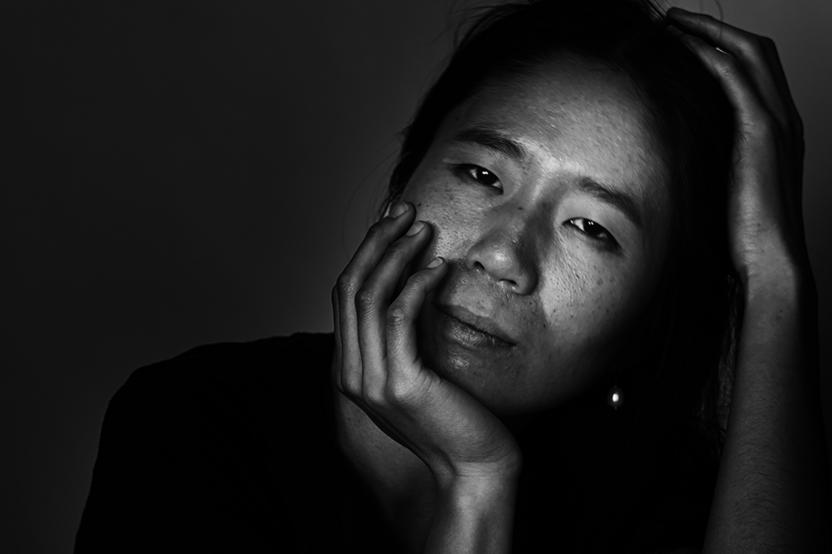